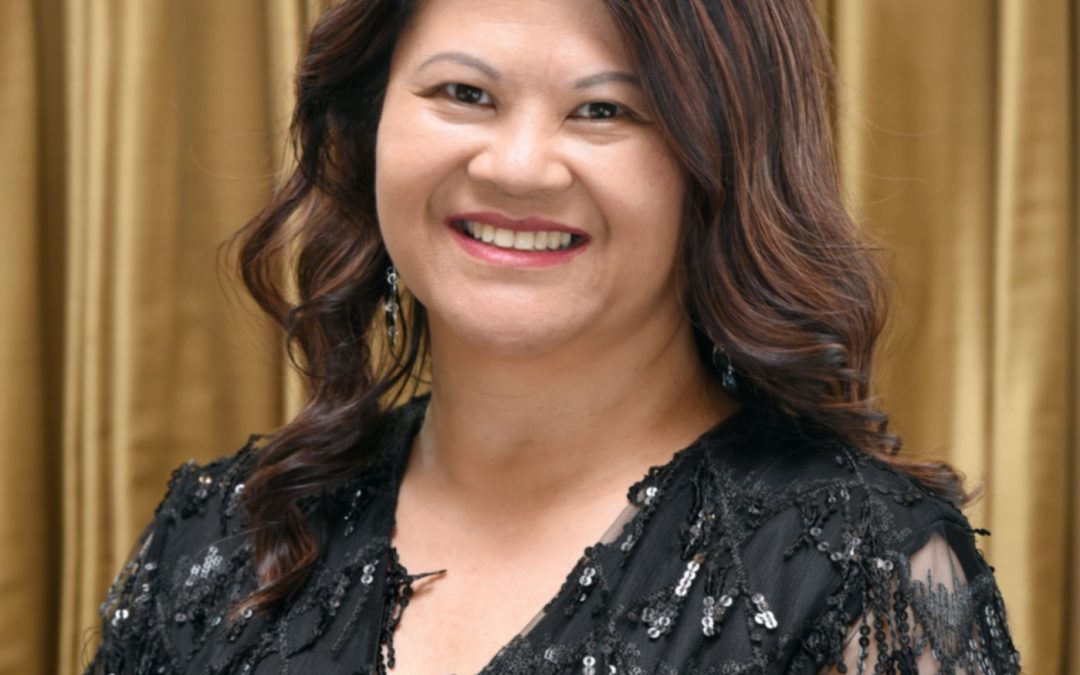 Sean was our perfectly imperfect baby. Sean is my firstborn, a special young man with the New Year’s Day birthday of 1st of the 1st in 2011 (born at 11.42am). Sean proudly tells everyone that his birthday has all the Ones!

Sean was a beautiful baby, with a personable nature and a ready smile. From day one, he loved people, and people loved him. Sean would happily coo and smile at everyone and he loved cuddles and kisses. He was outgoing, and friendly, and basically a joy to be around. Sean would only become clingy and shy if he was feeling unwell, which was about as often as your average baby who caught his fair share of sniffles and coughs.

As he grew, Sean’s sniffles and coughs became more frequent, and he developed issues with his skin. A nappy rash that should heal in a few days on other children would take Sean weeks to recover. And yet, this beautiful boy of mine was a ray of sunshine, who kept smiling and giggling and made everyone who met him fall madly in love with him.

When Sean was about 10 months old, he caught a cold that just would not go away. Sean became very clingy, and although he had started showing signs that he was ready to walk, he reverted to crawling and constantly wanted to be held. My husband Jonathan and I noticed Sean was losing weight rapidly; Sean became so very thin. Sean had all but lost his appetite and had stopped sleeping through the night. We were concerned and took it up with our GP repeatedly, only to be met with inadequate answers and empty reassurances that Sean’s behaviour was normal. We begged our paediatrician to examine Sean more thoroughly and were told that he had reflux. Since Sean had had reflux as a newborn, and this was definitely not reflux, we started looking for a second opinion. Our lives soon involved a myriad of specialists, who gave us a myriad of lotions and potions and booked us into a myriad of appointments and reviews. We bounced from medical professional to medical professional for two months, with my gut instinct telling me there was something seriously wrong with my baby boy, yet no one seemed to believe us. One GP went so far as to imply I was a hysterical first time mum, with her throwaway comment noting that we were “frequent flyers” at her practice.

On January 5, 2012, four days after Sean turned one, our lives were turned upside down. As fate would have it, we had bumped into our early childhood nurse and our guardian angel, Margot Malcolm a week earlier, and she had noticed instantly that Sean was not well. She offered to pay us a visit at home and within five minutes of her arriving at our house, she urged me to make an appointment for Sean to see a doctor that very same day.

Fortunately, we were able to see our new paediatrician, Dr Hugh Allen almost straight away. Unfortunately, the news was not good.

I can still remember Dr Allen’s calm voice, telling my husband Jonathan and I to drive home safely, pack an overnight bag, and then head straight to the Emergency Rooms at the Sydney Children’s Hospital at Randwick.  I can recall Dr Allen’s phone call to the emergency rooms, telling them to prioritise our family on our arrival.  The moment we walked through the doors, we were whisked away for tests and X-rays, and Sean was diagnosed with a special type of pneumonia found in patients with a compromised immune system.  Further tests over the next few weeks led to a definitive diagnosis of XSCID.

The doctors told us the best treatment option for Sean was to receive a stem cell transplant. The search for a compatible match went worldwide, and Sean was placed on the very top of the list. Both Jonathan and I were tested, but neither of us were compatible. A month after the SCID diagnosis, we received news that a very good match had been found. The stem cells came in the form of cord blood, donated by the parents of a healthy baby girl living in America.

Sean entered hospital on March 19, 2012 and underwent an aggressive course of chemotherapy to prepare his body for the transplant. For 5 days, I watched the nurses pump hazardous chemicals into my baby’s body. I watched my husband shave my baby boy’s head when Sean’s hair started falling out as a side effect of the chemo. I watched as my son all but stopped eating, as his appetite was slowly eroded away by the effects of the drugs.

Sean’s body accepted the stem cells and we had a surprisingly upbeat recovery, with only two further admissions to hospital (both for short periods of time).  All of the possible diseases and disorders that Sean could have developed never eventuated – we cruised to Day +100 and cautiously stepped out of isolation, we were able to wean Sean off the medications earlier than expected, and by September 2012, the final piece of hardware (Sean’s central line) was removed.

We now meet with the Sydney Children’s Hospital Immunology Team once a year in November for Sean’s annual check up.

Today Sean lives a very active life.  Sean swims competitively and attends swimming meets at every available opportunity.  Sean’s favourite stroke is the breaststroke and he has been steadily improving his time over 50m over the past 18 months since he started competing.  Sean is a scout with the 1st Kellyville Scout Group and loves to go on all of the adventures and camps with the scouts troop.  Sean is a keen bike rider, and most afternoons after school, he can be found riding his bicycle around the neighbourhood.  To balance out the outdoor activities, Sean loves to read and play online games with his friends.  His favourite subjects at school are Maths and Science, and he enjoys Robotics and Coding as well.

Whilst I am still scarred from Sean’s lack of appetite as a baby, there is no stopping Sean with food these days.  Our growing young man can put away an adult portion at every meal – Sean loves his meats and vegetables and fruit equally and has a well-balanced diet.  Sean’s favourite drink is water  but he does enjoy the occasional lemonade or Fanta.

Sean is a laid back, happy-go-lucky kind of kid.  He is well liked by his peers and by his teachers, coaches and Scout Leaders.  Sean was elected to the Student Representative Council on several occasions. Sean was elected as House Captain this year and he has taken his role as a School Leader very seriously.  Sean’s proud accountability saw him selected firstly as an Assistant Patrol Leader of his Cub pack before a promotion to Patrol Leader.  A major achievement this year was the completion of the Grey Wolf, which is the highest award you can earn in the Cub Scout Section.  This achievement was even more remarkable, given all of the COVID restrictions over the past two years, limiting the activities that Sean would otherwise have been able to participate in.

In 2014, I was approached by Franca Rodilosso, the then President of the Balmain chapter of Inner Wheel Club of Australia (IWA), to speak at their Cord Blood Research Fundraising Luncheon.  Raising awareness and funds for cord blood research is IWA’s National Project, and we are very proud to have been part of the IWA family and their National Project since 2014.  I was a keynote speaker at the IWA’s national conference in 2016 and Sean’s gorgeous little face has featured on the promotional materials for the IWA’s National Project for many years.  In 2020, we were approached by Dallice Robins, IWA’s National Project Coordinator, who was planning a campaign to get more people involved with fundraising.  Dallice’s proposal was Sean’s Two For Ten, which saw participants walk 2km and donate $10 to the campaign.  Participants were encouraged to find sponsors to donate $10 towards their 2km walks, with the walks to be completed during a period of weeks early in 2021.  Sean was thrilled to be asked to be the face of the campaign, as he is keen to raise awareness for cord blood research which will benefit others and save their lives, just like his life was saved.  This year, Sean planned an event with his Cubs pack, and led a group of 20 Cubs and adults on a 4km walk through the Bushland Corridors in Rouse Hill.

I am excited by the recent news that SCID be included in routine newborn blood screening tests nationally.  I welcome the opportunity for newborns to be screened for SCID, as early diagnosis of SCID is imperative and will prevent infections that could cause complications, or worse, become life threatening.  SCID is already part of the core Recommended Uniform Screening Panel in the United States since 2010, and the UK commenced an evaluation of screening for SCID in September 2021.  I was very happy with the news in July 2022 that babies born in NSW and ACT were being offered tests for both SCID and Spinal Muscular Atrophy, and fully support these tests being offered to all babies born in Australia.

If Sean had been tested and diagnosed with SCID as a newborn, our first year with Sean would have been vastly different.  As a first time mother, I spent 2011 feeling like I was failing my child each time he fell ill and I couldn’t help him recover quickly, as each illness generally took weeks to dissipate.  At the same time, I found my voice in advocating for my child – each time a doctor or a specialist or a medical professional sent me away with dismissive waves of their hands, I learned to speak louder and to seek further opinions.  I never gave up on my child, and I’m glad I continued to speak up and advocate for Sean and his health.