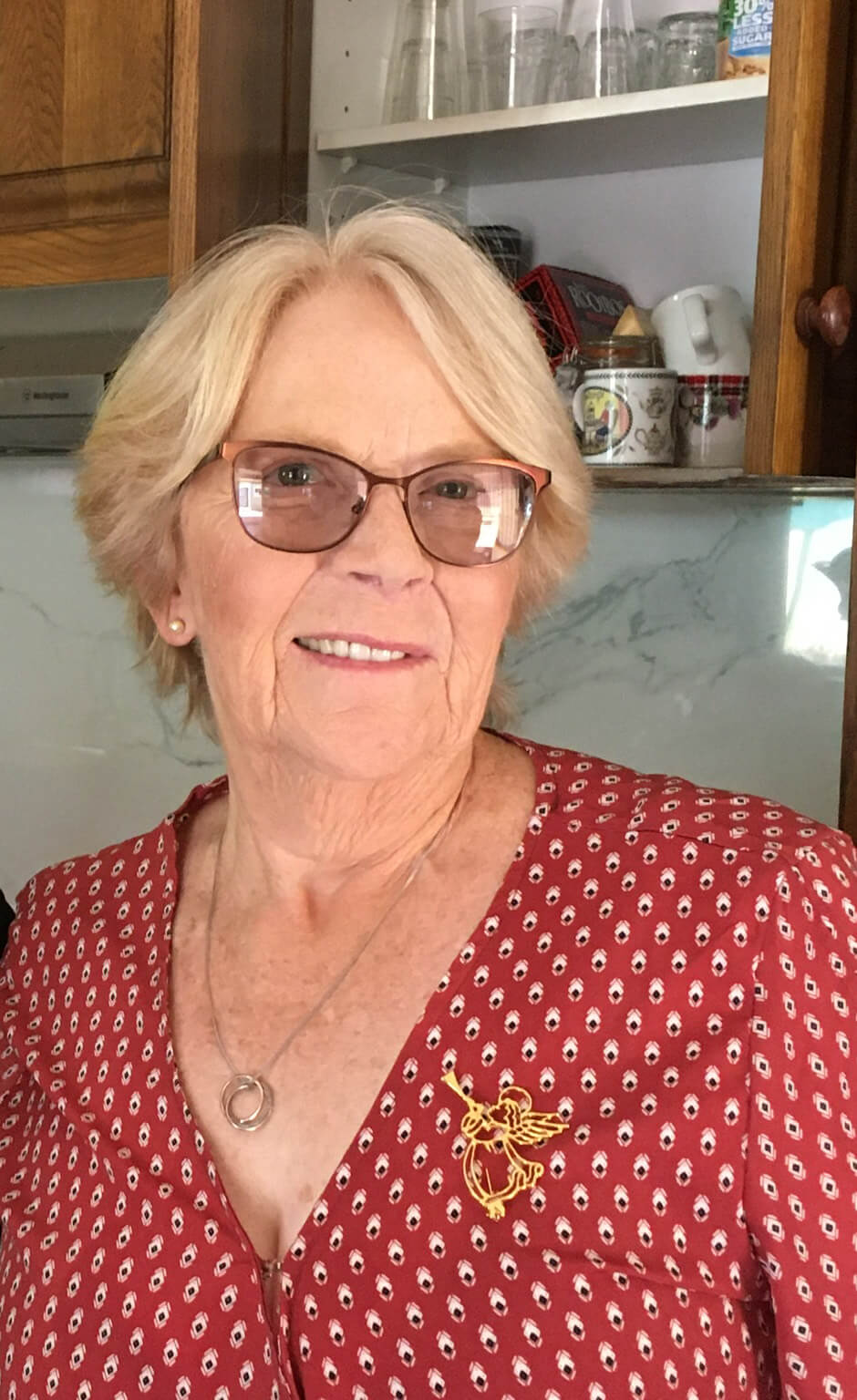 Hello, my name is Sharon and I am happy to say that I am 65 years old. My husband Michael and I have 3 adult children and our family is enriched by three amazing and gorgeous grandchildren (although I’m very biased!) I am so in love with them and treasure every moment I spend with them.

In 2006, life changed for me and my family. After a holiday in New Zealand, I was loving working 5 days a week in a child-care centre in the “babies’ room”, paddling dragon boats on the weekend and knowing our first grandchild was on the way. Life was great except for the fact that for most of the year I had chronic sinus infections. In October, after over 12 months of continuous antibiotics, I had surgery to try to put an end to the infections.

Unfortunately, the infections continued after the surgery, and on the 6th of December, a day I have no memory of, my husband took me to Ashford Emergency Department, drowsy and increasingly delirious. Doctors began blood tests and found that I had extremely low platelets. My absolute count was 16,000 so I was given 4 units of platelets overnight in the High Dependency Unit. CT scans showed I had 3 bleeds in my brain with no known cause ITP.

My family were stunned to be told that I was in a life-threatening situation and Doctors were unsure what the next 48 hours would hold. After much discussion between a team of doctors, a bone marrow biopsy, MRI, CT scan and more blood work looking for more sinister causes (because I had a malignant melanoma in 2005 and suffered rheumatoid arthritis for over 20 years), there was nothing conclusive. On day 5 of being in hospital, with great relief to my family, I remembered them all! The first memory I have since 6 days before was seeing the ultrasound my daughter in law had brought to show me of our first granddaughter. I had no idea of all the drama that had happened before. This experience has taught me that you do not have to be in a car accident to be in a life-threatening situation.

I was home for Christmas and over the next 3 months I rebuilt my strength and fitness but never regained any memory of that week and frustratingly, I still had sinus infections! After seeing too many doctors, professors and specialists and having many, many tests done, in April 2007 I finally saw an immunologist. He did an allergy test which came back normal and then a vaccine response test that fortunately, I failed! This led the doctor to diagnose me with CVID, Common Variable Immune Deficiency.

Despite the name, CVID is not very common at all, only 1 in 50,000 people have it and what it means is that I have a hole in my immune system and can’t fight infections. It was also the answer to my bleed in the brain – because of the constant sinus infections my adult platelets were dying and not being replaced which meant my blood thinned and then bled in my brain.

As a result of my body not being able to fight infections, I have IVIG (intravenous immunoglobulin) therapy every 3 weeks. This allows me to benefit from everyone else’s antibodies through the invaluable donations of thousands of blood and plasma donors. Without the incredible generosity of these amazing donors I would not be able to hold the hands of my grandchildren and enjoy the quality of life I have today. I hold them close and cherish every smile and moment with my family as I know how close I came to not being the wife, mother, grandmother, sister and friend that I am.

Thank you will never be enough.